Ready Player One, Steven Spielberg Adventure Too Big for the Real World

In this new version of the world, there is an immersive virtual universe where most of humanity spend their days. This is called the OASIS. In the OASIS, people are limited only by their own imagination. They can can go anywhere, do anything, and be anyone. Virtual reality rules.

Wade Watts, played by Tye Sheridan, says he only truly feels alive, when he escapes to the OASIS.

Created by brilliant eccentric James Halliday, played by Mark Rylance, the OASIS is waiting for a new owner. James Halliday's immense fortune and total control of the OASIS will go to the winner of a three-part reality-bending treasure hunt contest that Halliday designed to find a worthy successor.

Wade Watts and his friends, known as the High Five, conquer the first challenge of the hunt. They are now thrown into an amazing universe of discovery and danger. They must save the OASIS and their world. 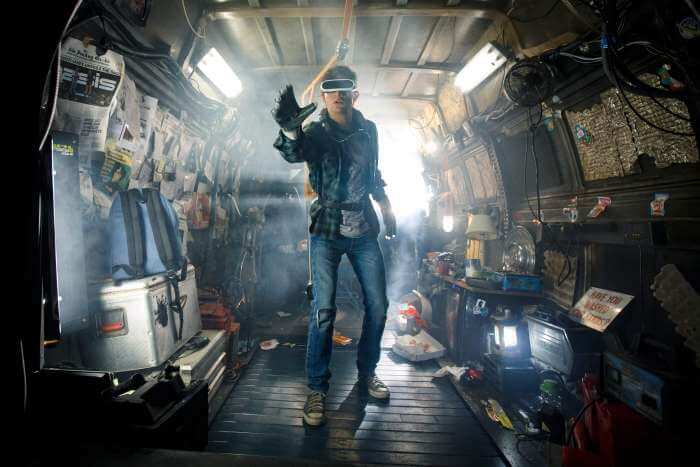 Three-time Oscar winner Spielberg ("Schindler's List" [director & picture], and "Saving Private Ryan" [director]) directed the film from a screenplay by Zak Penn and Ernest Cline. It is based on the novel by Cline, which has spent more than 100 weeks on The New York Times Best Seller List, recently climbing to the #1 spot, as well as reaching #1 on Amazon's Most Read Fiction chart.

Opening on March 29, 2018, in 2D and 3D in select theatres and IMAX, the film will be distributed by Warner Bros. Pictures, a Warner Bros. Entertainment Company, and in select territories by Village Roadshow Pictures.