Disney and Nickelodeon casting directors to teach at Casting Camp 2016

Two of the top casting directors from Disney and Nickelodeon are now set to teach at Casting Camp 2016, which will take place from July 21st through July 24, 2016 at The Garland hotel in Los Angeles.

This is an amazing opportunity for young actors to meet and learn from two of the most prolific casting directors in the entertainment industry. There are a few spots still open as of this publishing.

Casting Camp 2016 is a not-for-profit program that is limited to 36 students. Throughout the program, talent will explore the full understanding of the audition process for commercials, TV, and film.

Talent will earn eight credentials for their resume during the program. The Parents Pass allows parents to sit in on each workshop to observe and learn.

On the final day, after days of prep in working with an elite group of casting directors and acting coaches, talent will perform in a talent showcase for families and friends as well as industry VIP's including: talent agents, managers, casting directors and other executives. Casting Camp 2016 is open to talent 7 years of age through adults. 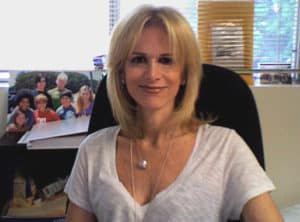 He is also currently casting new starring and co-starring roles for the Disney television movie "Descendants 2," which stars Dove Cameron (whose mother will also be teaching in the Casting Camp 2016 Parents Seminar).

Harriet Greenspan will also be teaching at Casting Camp 2016. Greenspan is a Casting Society of America ARTIOS Award winning casting director who has been casting shows and serving as on-set acting coach at Nickelodeon for many years. 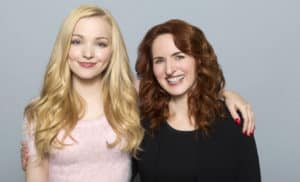 "The Hollywood Parents Guide: Your Roadmap to Pursuing Your Child's Dream" author and mother of Disney star Dove Cameron, Bonnie Wallace, will teach in the Parents Seminar.

Disney Channel star Dove Cameron's mother Bonnie Wallace will be teaching in the Parents Seminar portion of Casting Camp 2016. Bonnie Wallace is the author of the book "The Hollywood Parents Guide: Your Roadmap to Pursuing Your Child's Dream." Wallace will teach every step needed to give your young actors the best possible opportunity to make it in Hollywood. Dove Cameron is the star of the Disney Channel series "Liv and Maddie" and the Disney movie "Descendants."

Chadwick Struck is currently casting the feature film "Hoax," and is set to cast the films "Unfiltered," "Counterswirl," and "The Pottsville Maroons"; Mark Tillman, who has cast such top actors early in their careers as Joseph Gordon-Levitt, Seth Green, Adam Brody, and Academy Award winner George Clooney; and Ricki Maslar, who is currently casting the feature films "Tesla" and "Heat on the Delta." 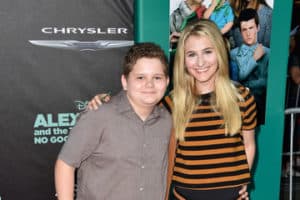 Past Casting Camp students include Cade Sutton, who stars in the Disney XD television series "Kirby Buckets" playing the role of Eli, and his sister Camyrn. Cade's mother had the following to say about Casting Camp:

"We met Greg James Blount approximately 6 years ago at an acting workshop in Dallas. We feel very fortunate to then have Cade and Camyrn attend his LA Casting Camp. Through Greg's mentoring, we gained valuable tools that have helped us navigate the process of furthering our children's acting careers. He gave us suggestions, guidance, access to acting coaches, agents & managers, that we would not have had, had we not attended the camp. The camp has helped shape our kid's growth in the industry tremendously. With each camp they attended, they gained valuable experience that they were able to put to use once they began booking roles. More importantly, Greg does not just care about the kids and parents while they're attending camp, but continues to take a genuine interest in helping them build their careers long after that."

Other Casting Camp alumni include Kira Kosarin ("The Thundermans"), Olivia Osteen ("Spirit Riders"), and Kimmy Caruso ("Dog with a Blog," Austin & Ally"), among many others.